We are attempting to get the eye gaze noted here from PRC. We have the ECO-14, and want to get the upgrade.
Insurance asked that we prove D needed this and his language skills. Here is some of the testing that was done.
These are the results!

"D" was given the Auditory Comprehension Sub test of the Preschool Language Scale - 4 (PLS-4) during his regular speech/language therapy sessions. Testing was broken up into smaller segments of time (approximately 30 minutes) in order to maintain motivation and prevent frustrations related to the extra effort and time required for "D" to execute his physical pointing responses.

Additionally, due to the increased tone throughout his musculature, particularly affecting functioning of "D's" upper extremities for pointing to pictures, the following adaptions of the standardized testing procedures were used. Daniel was positioned in his customized wheelchair and seating. The testing easel was held in a slightly upright position, off to his right side. He was also given a type of adaptive pointer to use, which extended his ability to reach across the range of the testing easel and compensated for his difficulty to consistently point with an isolated index finger. Because of his muscle tone, his ability to move his hand/adapted pointer increased his reaction time before he executed a clear response; as a result, verbal stimulus items were presented from one to three times when necessary, based on the speed of his physical responses. "D" was also provided with adequate time to visually scan all the pictures on each page of the PLS-4 before presenting the stimulus question. At times, he was also provided with a visual cue to scan each picture, along with a verbal reminder to "look at all the pictures".

As a result, the specific scores obtained need to be interpreted with these adaptions to the standardized testing procedure in mind; however, it is felt that they are reflective of "D's" true strengths in receptive language skills. It is felt that "D" demonstrated purposeful, clear responses to the testing items. The score for the Auditory Comprehension Sub test were as follows:

D's standard score fell between one and two standard deviations above the mean score of 100. This indicated receptive language skills above what would be expected for his chronological age. D also demonstrated emerging literacy readiness skills as he was able to complete the testing item which required him to identify initial sounds in words (e.g. "Show me the picture that begins with the /p/ sound.")

The expressive Communication portion of the PLS-4 could not be administered due to the dysarthia and apraxia.

The results support the fact that D needs access to material which is at an appropriate level which will motivate and facilitate his language comprehension skills and literacy skills. He must have access to a range of assistive technology which bypasses his difficulties executing physical actions, including, but not limited to the areas of speech production, computer accessing, early literacy skills, and the ability to learn to generate letters and text in the future.
Posted by Melanie at 12:22 PM 10 comments: Links to this post

We have a little issue of Daniel being easily distracted.
Well lets just say its that....or he is just a social butterfly and needs to know what everyone is doing.
I use to say he was nosy. Now, I am thankful that he is because is is always very aware of what is going on around him and I think it helps him in some ways.

In other ways, not so much. Once you're lost his attention and he sees someone else doing an activity he isn't doing, its very hard to get him to refocus on what we were doing. This is why I'm hoping that the Therapeutic Listing therapy we have just started is going to work.
So we are doing this therapy at home (under supervision from our OT). We will be doing 30 minutes two times a day.

Daniel loves music and likes to listen to the music. He listens to the CD as we are doing another activity, as long as its not the computer or TV. He will stop occasionally during the CD and listen to the sounds and stop the activity we are working on.

We were told not to do the therapy within 3 hours of bedtime. We could possibly see improvement in his sleep/wake cycle, reduction of sensory defensive behavior,improved focus and attention. To read more about this type of therapy (which I might add is NOT very expensive and it can be done at home!) is over at Vital Sounds. Another link that I found was Vital Links

I'm excited to see what comes of this therapy for Daniel.
If you have heard of this or if you use it with your child, let me know what you think.
What CD's are you using? How long did it take before you saw improvements?
Posted by Melanie at 6:27 PM 6 comments: Links to this post

Recently Daniel had to take a little test to see at what level his receptive language was.
I don't have the full report yet but I know he did well. So I have been on cloud nine.

He knew things I had no clue he knew - or lets say things we haven't sat down and taught him. He never fails to amaze me. I did learn that I need to work on rhyming with him!

So here are a few clips of his testing.

Photo and video editing at www.OneTrueMedia.com 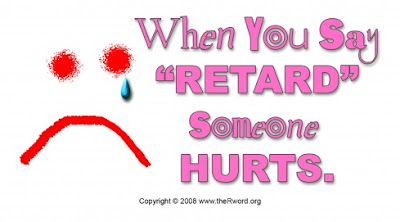 I am not a fan of making/trying to make people feel uncomfortable.
But there comes a time after the third or fourth experience then it begins to p*ss me off, and I will indicate it.

I know it just flows sometimes and people say things like, "It was so ret@rded." and for the most part I will let it pass. But it is duly noted in my memory.

But when it becomes evident that its a standard word in your vocabulary and you use it often...
you have just succeeded in getting me angry. So if you all of a sudden wonder why your followers are lower, this might be a hint to you as to WHY!

The word is offensive, especially when used in the text that you use it. It is a derogatory remark. Perhaps you might want to read up on it here. Or maybe look for where your blog was on our blog, and you'll notice its been replaced!

Again, generally I don't say anything....but this time I am!
Posted by Melanie at 11:26 AM 9 comments: Links to this post 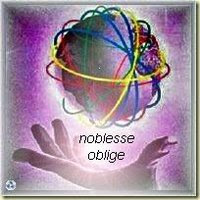